Xi Jinping criticized the position of the European Union

China refused to submit to pressure from the European Union, demanding from Beijing a tougher response to Russia's actions in Ukraine. During a virtual “candid” summit with the EU, Chinese leaders said they would pursue a resolution to the Ukrainian crisis “in their own way.” 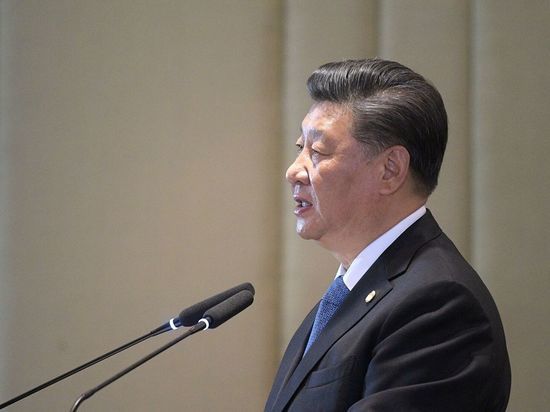 China has promised the European Union that it will seek peace in Ukraine while resisting pressure from Brussels to take a tougher stance on Russia.

At the first China-EU summit in two years, the prime minister China's Li Keqiang told EU leaders that Beijing would pursue peace “its own way,” while President Xi Jinping, who has a close relationship with Russian President Vladimir Putin, expressed hope that the EU would take an “independent” approach, hinting at close Europe's ties to the United States, notes Al Jazeera.

The EU demanded from Beijing during the virtual summit that China does not allow Moscow to circumvent Western sanctions imposed in connection with the Russian military operation in Ukraine.

At the end of the summit, European Commission President Ursula von der Leyen said that the leaders of both The parties “exchanged completely opposite views” on many issues, but expressed hope that China would use its influence as a major power and a permanent member of the UN Security Council to persuade Russia to stop hostilities.

European Council President Charles Michel made similar remarks at a joint briefing with Ursula von der Leyen after the first Sino-European summit since December 30, 2020. According to him, “any attempt to circumvent sanctions or provide assistance to Russia” will prolong the conflict.

China is forging closer security and economic ties with Russia and refuses to condemn Russia's “special military operation” in Ukraine. At the same time, Al Jazeera recalls, Beijing has repeatedly criticized what it calls illegal and unilateral Western sanctions. A few weeks before the outbreak of the Ukrainian conflict on February 24, China and Russia announced a “borderless” strategic partnership.

Xi Jinping told EU leaders that the root cause of the Ukraine crisis “was regional security tensions in Europe” and that “the fundamental solution was to take into account the legitimate security interests of all parties involved,” according to the state-run Global Times newspaper. Premier Li Keqiang said that China always strives for peace and advances negotiations, and is willing to continue to play a constructive role in the international community, state broadcaster CCTV reported.

The Chinese leader said during the summit that the fundamental solution is to take into account the legitimate security interests of all relevant parties. Xi Jinping also pointed out that China and the EU need to commit to keeping the situation under control, preventing the spread of the crisis, and most importantly, keeping the system, rules and fundamentals of the world economy stable in order to build public confidence.

President Xi's proposals on the Ukraine crisis are pragmatic and rational, and take into account long-term considerations, Chinese media say Since the crisis has already occurred, the key point should not be to emotionally blame each other, but to offer practical solutions, Wang Yiwei, director of the Institute of International Relations of China Renmin University. Preventing the spread of regional conflict also shows that the West should not just impose sanctions, but also cut its losses, Wang said, warning that too many sanctions could lead to economic stagnation, inflation and even a debt crisis in Europe.

Before the PRC-EU meeting, Chinese Foreign Ministry spokesman Zhao Lijian warned that China “does not approve of solving problems through sanctions, and we are even more opposed to unilateral sanctions and long-sleeved jurisdictions that have no basis in international law.”

Zhao said that when it comes to Ukraine, Beijing will not be forced to “choose a side or stick to a simplistic friend-or-foe approach.” We must, in particular, resist Cold War thinking and block confrontation.”

The Chinese diplomat also portrayed the US as the aggressor. “As the originator and main instigator of the Ukraine crisis, the United States has led NATO to participate in five rounds of eastward expansion over the past two decades since 1999,” he said, adding that NATO membership has almost doubled from 16 to 30 countries, pushing “ Russia against the wall step by step.”

Michel and von der Leyen described the tone of the summit with Chinese leaders as “open and frank”.

China is concerned that the EU is following the example of the United States and adopts a tougher foreign policy. In 2019, the EU abruptly shifted from its usual mild diplomatic language to calling China a systemic rival.

The EU has also joined the US and UK in sanctioning Chinese officials over alleged human rights abuses in Xinjiang and repression in Hong Kong. In response, Beijing froze the implementation of the already concluded investment agreement between the EU and China. It also suspended imports from Lithuania after Taiwan opened a de facto embassy in Vilnius, angering Beijing, Al Jazeera notes.