Denmark is preparing for a referendum on joining the EU's defense policy after 30 years of not participating in discussions on this topic and military missions of the union. 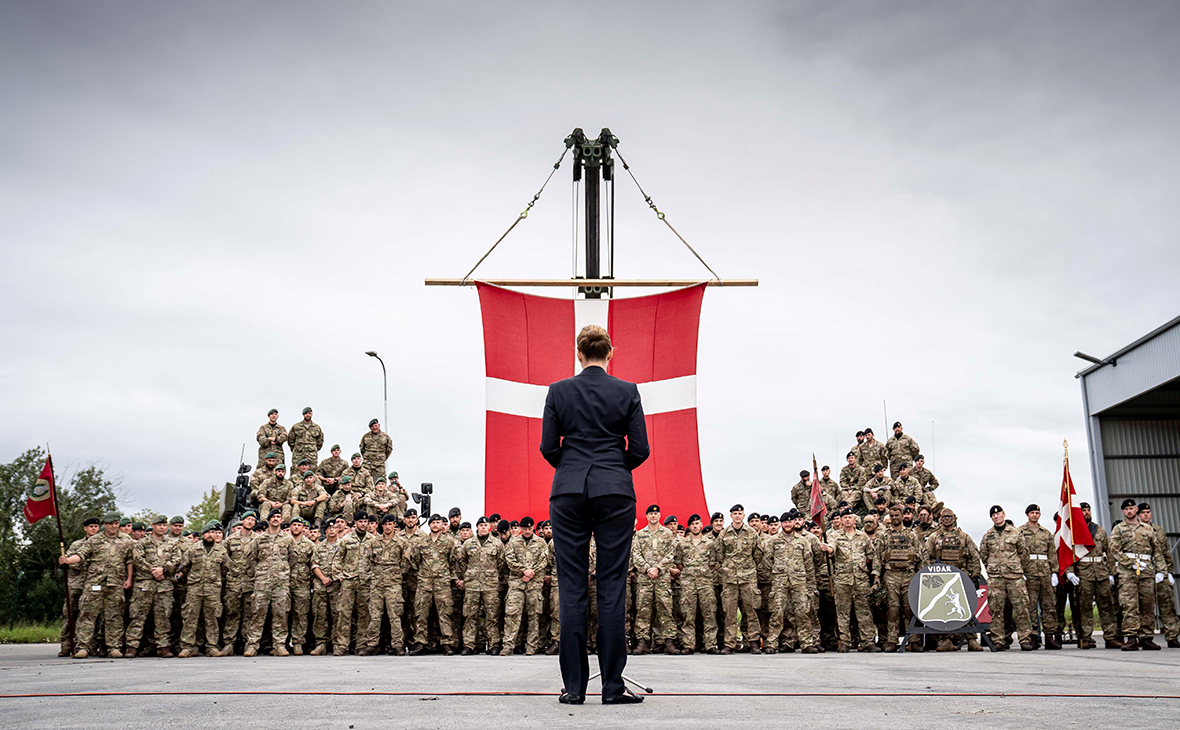 Why did Copenhagen need a referendum

On June 1, a referendum will be held in Denmark, in which citizens will decide whether it needs to join the defense policy of the European Union. Polling stations will open at eight in the morning and will work until eight in the evening, preliminary results will be announced on the same day.

The decision to hold a referendum was announced by Danish Prime Minister Mette Frederiksen in early March, when the five leading parliamentary parties reached an agreement to change the country's security policy and presented an agreement called the National Compromise on Danish Security Policy. In addition to the need to hold a referendum on the country's participation in EU security policy, it contains provisions such as bringing defense spending to 2% of GDP (now it is 1.44%), urgent defense investment of $ 1 billion and “permitting” on the budget deficit, which will arise as a result of increased military spending.

“The world has changed in the last ten days. There was Europe until February 24 (the start date of the Russian special operation in Ukraine. — RBC). And there is another— after»,— said Frederiksen, announcing this decision of the parliament, and remarked that “Denmark belongs to the heart of Europe without any reservations.”

If the referendum is successful, Denmark will face a reversal in foreign policy. Now the country is a NATO member and participates in alliance operations, but withdraws itself from participation in all EU-led discussions on defense policy and the acquisition of military equipment, as well as from joint military operations of the alliance (in particular, in Africa or Bosnia and Herzegovina). Representatives of Denmark are forced to leave EU meetings if they affect the discussion of security issues.

Denmark— the only member of the European Union that does not participate in the Common Defense and Security Policy (CSDP) and has held this position for 30 years, since the founding of the EU. The reason the country remained autonomous in security matters is that the citizens of Denmark rejected the Maastricht Treaty establishing the EU in a referendum. It was ratified only in 1993, after reaching an agreement that the kingdom retains independence in four areas: currency, citizenship (now this item has lost its relevance), justice, as well as internal affairs and defense.

The Danish authorities have already twice tried to change the situation with the help of referendums, but in 2000 the Danes refused to join the eurozone, and in 2015— from changes in the judicial system.

Read on RBC Pro Pro Why do we lose psychological stability and how to regain it? What awaits the industry Articles Pro What 8 phrases should never be said at an interview Articles Pro How a public procurement participant to defend their rights during a period of change: 5 tips Instructions Pro Client and capital: how to increase ROI by 25% in a year using CRM Instructions Pro 0% Cause of the US Financial Crisis Pro Articles How Companies Can Grow IT Workforce Today: Five Ways Pro Instructions Should You Adopt Weird Silicon Valley Healthy Habits Articles

Ahead of a third referendum, opinion polls show that a majority of citizens are now in favor of participating in EU defense policy. “For” about 40% are ready to vote, «against»— 30%, another 30% have not yet decided on a decision. The Danish publication Altinget notes that the bias in favor of a revision of Copenhagen's policy does not mean that the results of the referendum are a foregone conclusion, because in 2000 and 2015, according to public opinion polls, the Danes were ready to support the changes, but voted against them.

In March, the European Union approved for the first time a defense strategy called the Strategic Compass. The EU countries have decided to create a 5,000-strong rapid reaction force that will be ready to respond to “different types of crises.” EU High Representative for Foreign Policy Josep Borrell then announced the need for European countries to be able to speak the language of force.

Denmark is not the only EU country that has decided to revise its defense policy after Russia launched a special operation in Ukraine. Already on February 27, German Chancellor Olaf Scholz announced that in the coming years defense spending would reach 2% of the country's GDP and the creation of a special fund of €100 billion to rearm the Bundeswehr. On May 30, a coalition of three German ruling parties, together with an opposition bloc from the Christian Democratic and Christian Social Unions, agreed on the foundation's legal framework. It is assumed that in order to create it, it will be necessary to change the Basic Law of Germany (to amend the Constitution of the Federal Republic of Germany, two-thirds of the deputies of the Bundestag must vote “for”).

According to the Financial Times, Germany's decision to increase defense spending could also affect Denmark's position on this issue. The newspaper quotes Christian Christensen, deputy head of the Center for Military Studies at the University of Copenhagen, as saying the referendum “is an attempt to be prepared for a more assertive German position in EU defense and security policy.”

Of course, Danish public opinion was also affected by the decision of two other EU members, Finland and Sweden, which for years adhered to a policy of not joining military alliances, to join NATO. Their applications, submitted in mid-May to the leadership of the alliance, have so far been blocked by Turkey (according to NATO rules, all its members must ratify the agreement on the accession of new countries), which put forward its conditions to Helsinki and Stockholm. As Turkish Foreign Minister Mevlut Cavusoglu told Anadolu agency, the republic has submitted its demands to Finland and Sweden in writing and is waiting for a response. The Minister expressed the opinion that the conditions put forward are not impracticable. Earlier, Turkish President Recep Tayyip Erdogan said that in order to join the bloc, the two states would have to refuse support for Kurdish groups that Ankara considers terrorist, provide security guarantees and lift the embargo on arms exports imposed in 2019 due to Turkey's military operation in Syria against the Kurds.

Russia has repeatedly criticized the decision of Finland and Sweden to join NATO, as well as the general increase in EU and NATO defense spending. Russia's permanent representative to the EU, Vladimir Chizhov, said on May 31 about the degradation of the EU. “We observe that the European Union, which was originally conceived as an economic union with a political component gradually gaining weight, in fact, is now degrading to the level of an auxiliary military bloc,” — he said on the air of the Russia 24 TV channel.