“Two of these nuclear torpedoes are enough to sink England, and a set to wash away all of America”

The American media are actively discussing the new Russian submarine “Belgorod”, which is carrier of unmanned underwater vehicles “Poseidon”. It looks like panic. Television men scare the townsfolk with the beginning of a new cold war. About the Russian special-purpose submarine, we talked with the former commander of the Northern Fleet, Admiral Vyacheslav Popov and the Chairman of the Presidium of the All-Russian Organization “Officers of Russia”, Hero of Russia, Major General Sergey Lipov. 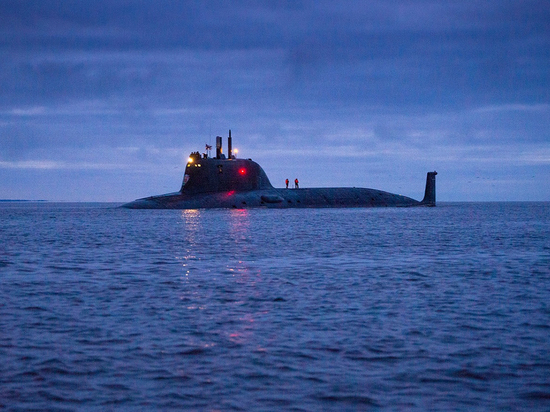 “The concern of the Americans is understandable, because they don’t have such a submarine, with such weapons,” says Vyacheslav Popov. – “Belgorod” has something that is almost impossible to defend against. That's why the Americans are hysterical. Washington is used to the fact that it is they who determine the path of development. And then Russia turned out to be stronger than them.

“They are still far from that. At least in the near future, the Americans will not have anything like that. But we also will not stand still, we will continue to improve. I hope that the Belgorod nuclear submarine will not be the only one of its kind. More representatives of project 09852 will appear, who will carry out the task of deterring a potential aggressor. Their goal is defense and protection.

Major General Sergei Lipovoy, in turn, says that the Belgorod special-purpose submarine scares the Americans so much for a reason.

– It has no analogues not only in our Navy, but throughout the world. Its peculiarity is that it is equipped with Poseidon nuclear torpedoes with an unlimited range. This boat is silent, it is almost impossible to detect. It can lie offline somewhere on the ground for up to 10 months. Torpedoes can follow a given route and reach any point on the globe. “Poseidon” is, in fact, an autonomous uninhabited underwater vehicle that can go under water at a speed of 200 kilometers per hour.

– The Poseidon has a unique nuclear power plant, a powerful reactor, but at the same time very compact. Plus, the torpedo carries ammunition of especially high power. “Poseidon” explodes under water. First, a huge funnel is created, then a tsunami wave up to 50 meters high rises. Two such torpedoes are enough for England to go under water. Two rockets are also enough to wash away all of Japan. And, using the entire set of Poseidon, which is located on the Belgorod, this, if I am not mistaken, six torpedoes, you can achieve to wash away the whole of America with all its environs. This country on the map will cease to exist. That is why they are now worried, shouting that the Russians are ahead of everyone.

It's silent. There are no radars that could hear her. A program will be introduced, and it can deceive the enemy, go around the entire globe and go to a given area for undermining. No one can intercept this nuclear torpedo. There are no such countermeasures analogous to missile defense. Not a single counter-missile will catch up with it or shoot it down.

Major General Sergei Lipovoy draws attention to the fact that the whipped up hysteria about the Belgorod submarine carrying the Poseidon has a “reverse side of the coin”.

– There is, among other things, the promotion of taxpayers to allocate the next tranche to the budget of the US Department of Defense. There are calls to make every effort to develop similar weapons.

– If we see a nuclear attack on our country. In addition to nuclear-armed submarines, we have air-based and land-based Doomsday weapons, which ensures the security of our state. This is called nuclear deterrence.