Today, April 7, in Moscow they say goodbye to the leader of the LDPR Vladimir Zhirinovsky. After the funeral service in the Cathedral of Christ the Savior (the service will be conducted by Patriarch Kirill) and a civil memorial service in the Hall of Columns of the House of the Unions, Zhirinovsky will be buried at the Novodevichy cemetery next to the grave of Yevgeny Primakov. President Vladimir Putin will come to say goodbye to the head of the Liberal Democratic Party. We are broadcasting farewell to Zhirinovsky online – our correspondents work in the CSU, the Hall of Columns and the Novodevichy Cemetery. 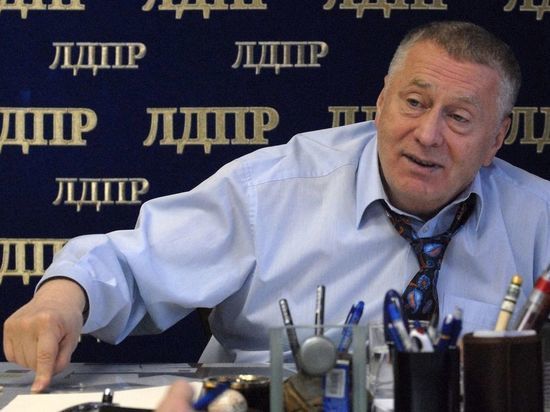 09:33 And this is what the House of the Unions looks like, where a civil memorial service will soon begin. 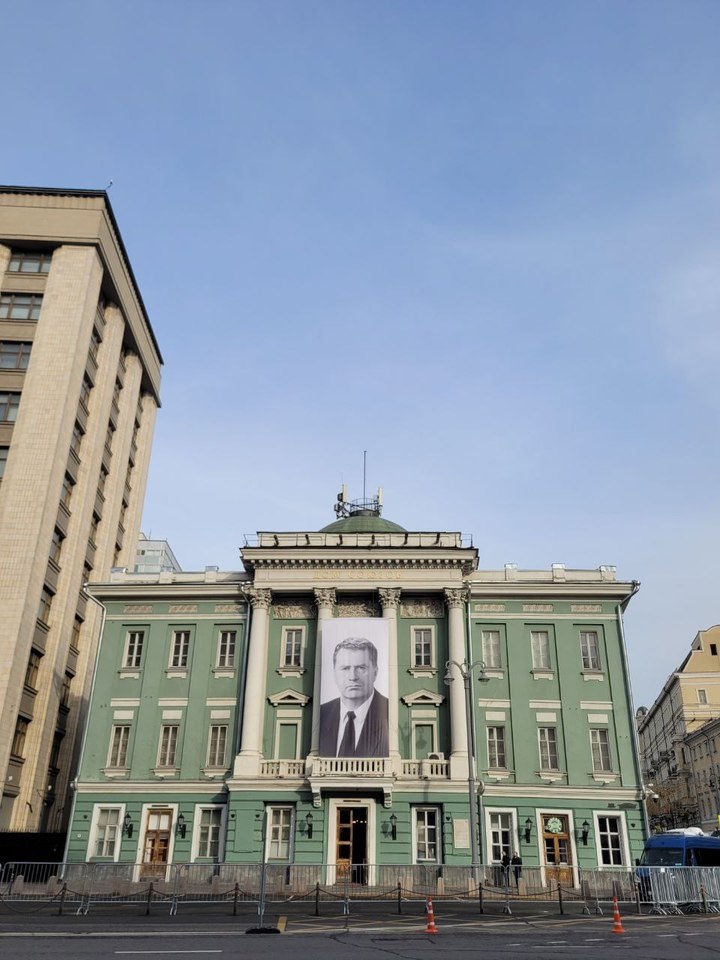 Photo by the LDPR press service.

09:30"Today in Moscow they say goodbye to Zhirinovsky. After his death, the LDPR party will literally have to look for an identity again,” Ksenia Sobchak wrote on social networks.

09:28 . Those gathered outside disperse.

09:27 The cross was also carried in front of the hearse. 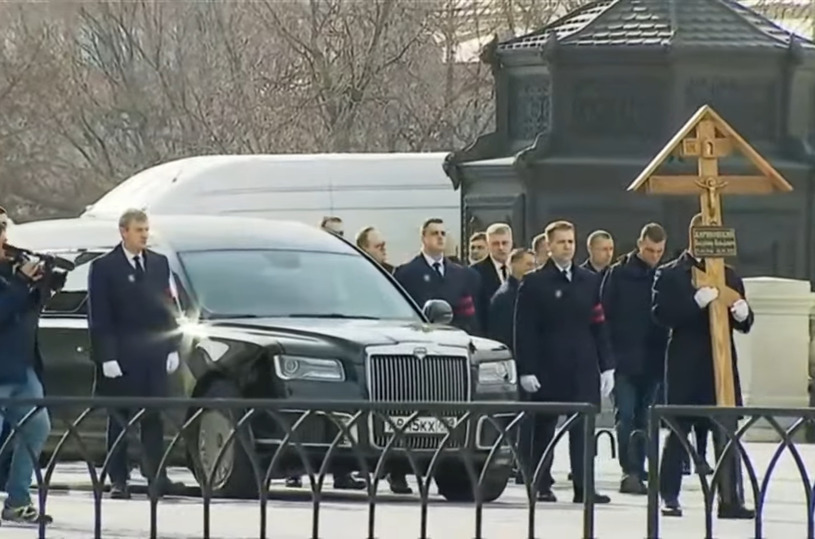 09:21 At 9:20 the bell rang. The back door of the hearse opened and the coffin with the body of Zhirinovsky was carried out of the church. A wooden cross was carried in front of the coffin. 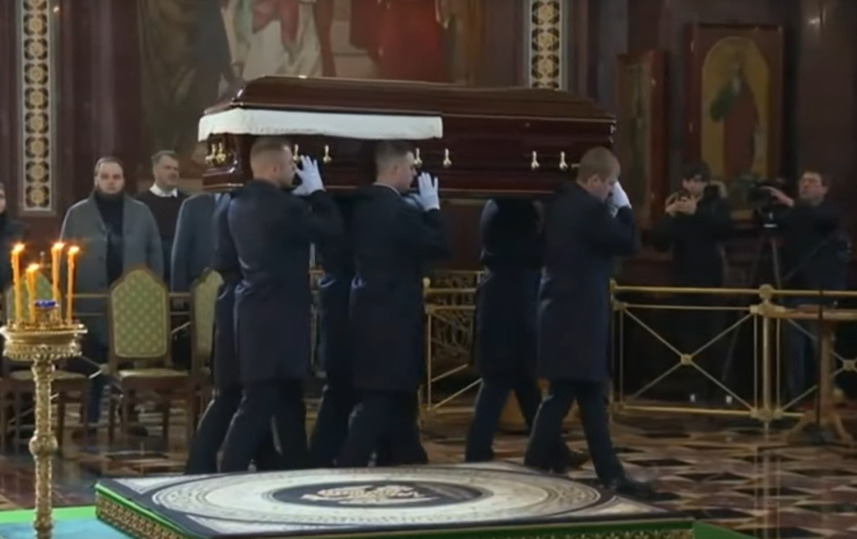 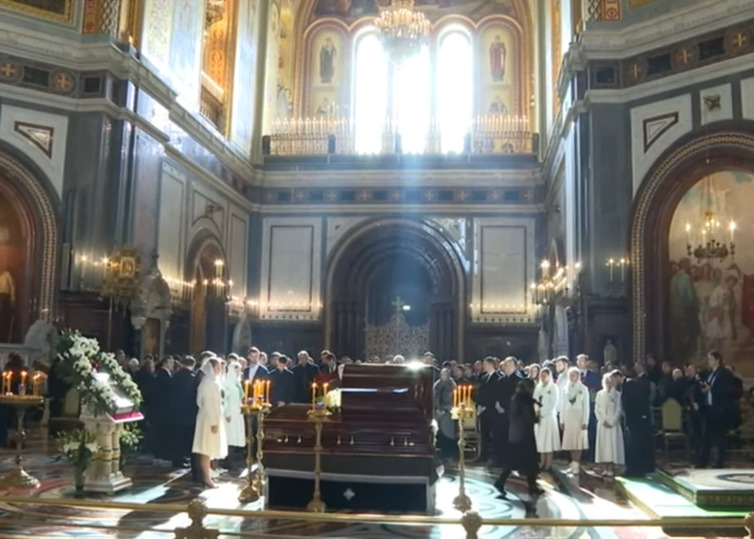 09:17 Some citizens came to the temple with folding garden stools and stood on them near the fence in order to better see how the body of the LDPR leader would be carried out.

09:16 VIP guests leave the temple. Volodin left. Some stay outside to wait for the coffin to be taken out, some leave.

09:15 This is how Vyacheslav Volodin and Mikhail Degtyarov stood at the coffin of Vladimir Zhirinovsky during the funeral service.

09:10 Michael Degtyarev left the church without waiting for the removal of the body.

09:07 Patriarch Kirill, who conducts the service, called the leader of the LDPR an outstanding politician of modern Russia.

"Vladimir Volfovich was an outstanding politician of modern Russia, he possessed many abilities, talents, was a bright and convincing person, when, rising to the podium – to any podium, he expressed his point of view, ", — said the Primate of the Russian Orthodox Church. 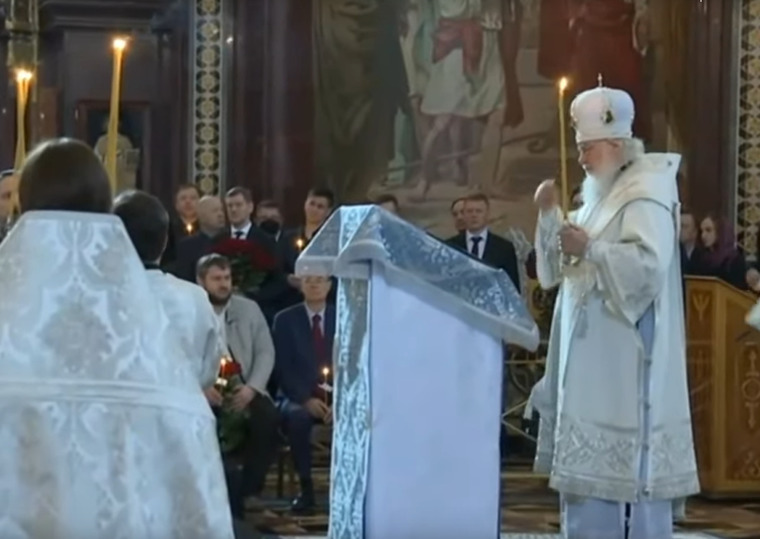 09:04 This is what is happening at this moment inside the temple where Vladimir Zhirinovsky is being buried. 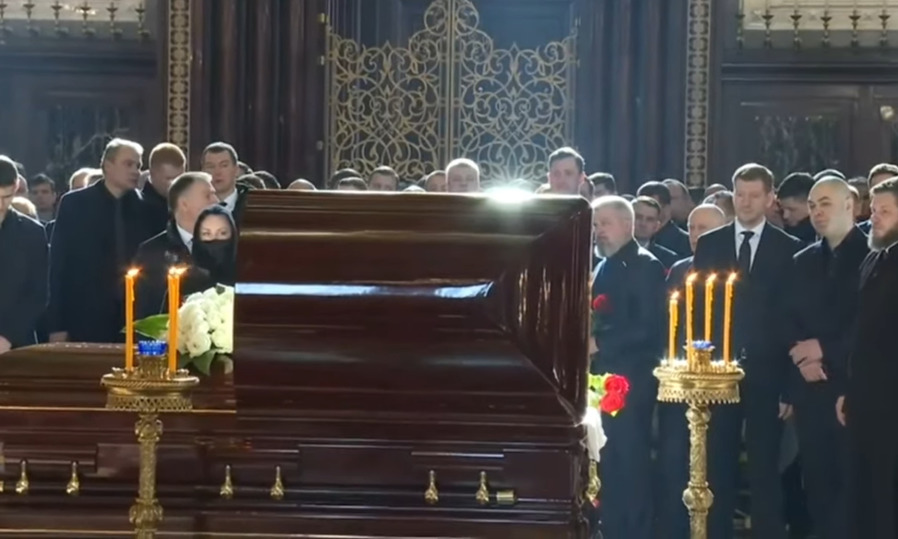 08:46 Members of the ritual service entered the temple. The removal of the body is being prepared. There are not many onlookers at the temple. Most of their role is played by journalists.

08:30 At 8.30 a hearse drove up to the temple at the corner. Interestingly, this is “Aurus” –   luxury line of Russian cars. Recall that the limousine "Aurus" used by the President of Russia. 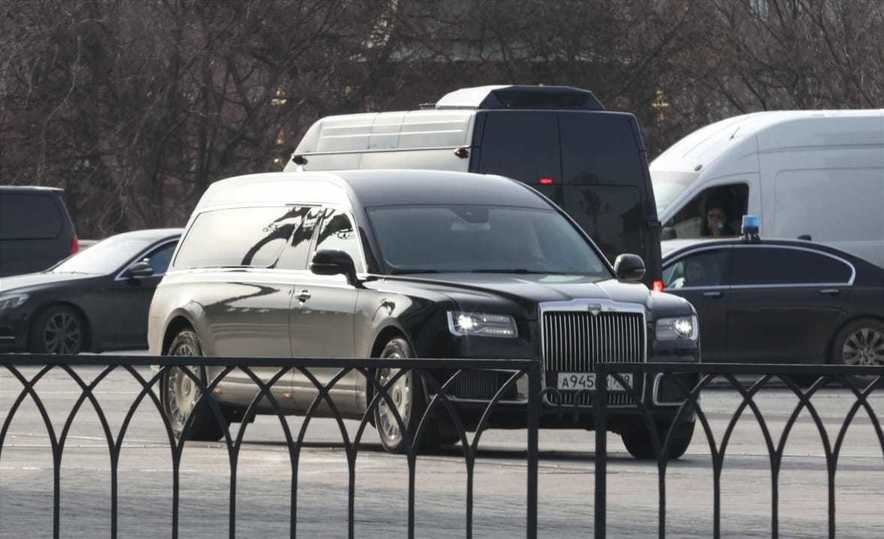 08:02 The bell rang on the belfry of the temple. The people standing on the steps climbed inside. The funeral service has begun.

8:00 Companions of Zhirinovsky began to gather at the Cathedral of Christ the Savior from 7 in the morning. With a large bouquet of mourning red roses, Mikhail Degtyarev walked by, sipping coffee from a cup. There are not many people at the temple, they only pass through the gate to the main entrance according to the lists. There are also few police, the streets are not blocked. 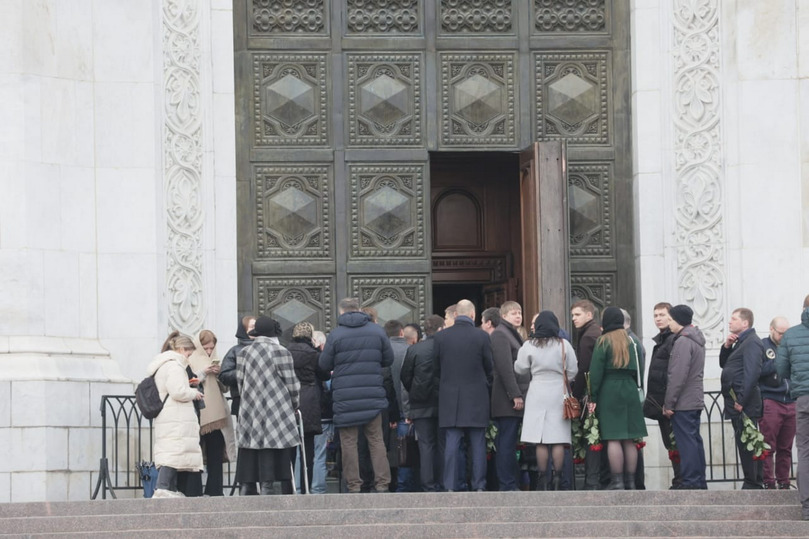 Vladimir Zhirinovsky died in Moscow, at the Central Clinical Hospital, on April 6, 2022. He was 75 years old. The cause of death of the politician was the consequences of the coronavirus, although he received seven vaccinations (subsequently, the doctors said that Zhirinovsky could violate his immunity with this).

The disease developed rapidly. At the end of January, the head of the Liberal Democratic Party posted a peppy video on the social network, in which he was shoveling snow with a shovel. At the same time, however, he coughed a little.

And on February 3, it became known that Zhirinovsky was in the hospital. They wrote that he had bilateral pneumonia, that he was on a ventilator, in an artificial coma … The party denied the serious condition of their leader and convinced that he was about to recover and appear in the State Duma.

On March 25, Senator Pronyushkin had to apologize for the untrue report about the death of Zhirinovsky on March 25 – he was threatened with deprivation of his mandate, and they were going to submit a bill to the Duma on responsibility for fake reports about the death of high-ranking officials.

The death of Vladimir Zhirinovsky was officially announced with Speaker of the State Duma Vyacheslav Volodin.

Zhirinovsky registered the party in 1991. Then they talked a lot about his connections with the special services – he graduated from the ISAA as a translator from Turkish, worked in the political department of the Transcaucasian military district and the Committee for the Protection of Peace.

After the start of Russia's special operation in Ukraine, many remembered the so-called “prophecy” Zhirinovsky that the coming 2022 will not bring peace, and that something will break out at 4 am on February 22. As we now know, the LDPR leader made a mistake by two days.

Political scientists explained the accuracy of many “predictions” Zhirinovsky by several factors. Firstly, his proximity to the authorities – he himself was in many ways the authorities, and, as it is believed, many of the ideas that were brewing at the top were publicly voiced so that the reaction of society could be tested. And secondly, by the fact that he subtly felt the “deep moods” people, which he broadcast.

Vladimir Zhirinovsky was born in Alma-Ata, in the family of Wolf Eidelstein and Alexandra Makarova. The politician's father was deported to Kazakhstan after the annexation of Western Ukraine to the USSR (in the current Rivne region, Zhirinovsky's grandfather had a plywood factory, and his father grew hops). Vladimir Volfovich Zhirinovsky, before entering the institute, took his surname after his mother's first husband, an NKVD officer.

Soon after his marriage and the birth of his son, Wolf Eidelstein left for Poland, and from there to Israel.

From Alma-Ata, Zhirinovsky went to enter Moscow State University, to ISAA – he learned four languages: in addition to Turkish, these are English, German and French. One of the authors of these lines heard the LDPR leader speak French very fluently, although with a noticeable accent.

The question of the election of a new head of the LDPR in the party will be raised no earlier than 40 days from the date of Zhirinovsky's death. While acting Leonid Slutsky has been appointed head of the faction in the State Duma.

With the choice of a place for the funeral of Vladimir Zhirinovsky, a strange story happened. At first, the party announced that he would rest in the Troekurovsky cemetery next to his mother and other relatives. However, the next day it became known that the politician would be buried at the Troekurovsky cemetery. Our correspondent saw that the grave was being prepared next to the burial place of Yuri Luzhkov. But after the arrival of a representative delegation, another site was chosen – next to the grave of Yevgeny Primakov.

The schedule of today's mourning events is as follows: the funeral service in the Cathedral of Christ the Savior will begin at 8 am. The entrance for ordinary citizens is closed. The service, we repeat, will be conducted by Patriarch Kirill.

The civil memorial service will begin at 11 am and will last until 1 pm in the Hall of Columns of the House of the Unions. Traffic will be temporarily blocked on Bolshaya Dmitrovka. It is not yet clear how people will be let in “from the street”.

At 2 p.m., the funeral will begin at the Novodevichy Cemetery. It is impossible to get there without passes.

Zhirinovsky's house and barn in Kazakhstan: photo from the homeland of the head of the Liberal Democratic Party