“Toward Digital Sovereignty: The Development of Russian Internet Platforms in Conflicts with Global Internet Companies”. The topic of Thursday's meeting of the Federation Council Commission on Information Policy and Interaction with the Media spoke, as they say, for itself: everything is clear both with the subject of discussion and with the immediate tasks of the Russian authorities. But, as in any important business, the details are interesting. They were largely clarified by the speech of the chairman of the commission Alexei Pushkov. 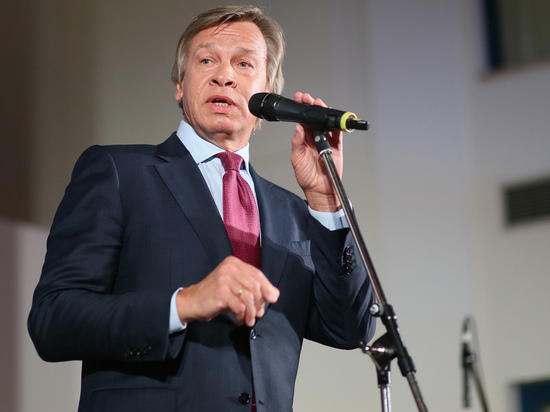 “At the moment, we are seeing a sharp complication of the situation around global Internet companies and their activities in Russia,” the head of the commission said. The obvious reason for this, the senator called a sharp increase in tension between Russia and Western countries. According to Pushkov, the current crisis is unprecedented in its severity and goes “further than the Cold War – such a degree of rupture between the West and Russia has not yet been observed.”

“Under these conditions,” the senator continued, “foreign Internet giants have almost automatically become part of the active information war that the West is unleashing against Russia.” According to Pushkov, there have been serious claims against Western companies before, but recently their anti-Russian activities have taken on completely frank forms.

In this regard, the head of the commission recalled, decisions were made to block such companies as Facebook, Instagram (both recognized as extremist and banned in Russia) and Twitter in Russia. Claims are also multiplying against the remaining Google and its YouTube video hosting. The situation with them, according to Pushkov, is completely unbearable: “There are already about 60 cases of restrictions on the part of YouTube in relation to Russian information resources.”

“Already open war on the part of YouTube, in my opinion, the senator said. – And the First Channel, and the Fifth Channel, and NTV, and “Russia-1”, and “Russia-24” – Almost all political news channels are blocked on YouTube. In addition, Google and YouTube still shy away from removing “illegal content”.

Such behavior “should not go unanswered,” Pushkov believes. – Forms of reaction can be different. From the further reasoning of the senator, it followed that the reaction could be severe penalties: “Here, in my opinion, we should not embarrass at all. We have the concept of turnover fines. This is from 10 to 20 percent of the turnover of a particular campaign. This is a very large amount. I think that we need to use the system of large fines more resolutely and tougher.

But another scenario is also possible, the senator hinted: “I remember the conversations that were going on last year that there would be a catastrophe, that people would almost take to the streets if they suddenly turned off Facebook and Instagram. I did not notice: someone took to the streets? It seems to me that the importance of these platforms for our social life is greatly exaggerated. Including, apparently, the lobbyists of these platforms and these platforms themselves … And I think YouTube also should not count on the fact that it will test the patience of the Russian state indefinitely.

In general, who is to blame is clear. What to do with them – more or less too. The main question today is what to do with Russian Internet platforms? How to develop them? According to Pushkov, the United States should serve as an example for us in this regard: “We must understand that Twitter and Google are tools of American information policy. They work in constant contact – which is not even hidden – with the intelligence committee of the United States Senate, with the specialized commissions of the Congress, with the relevant departments. This is the information-digital wing of the American political machine… This is how the modern state works in the information sphere. It is absolutely not a sin for us to think that our state should work in the same way in the information sphere.

The withdrawal from Russia – both voluntary and forced – of a number of foreign Internet giants, Pushkov emphasized, opens a window of opportunity for Russian Internet resources: “Please – the glade is partially freed.” But there are risks here. “We must be careful,” the senator warns, “that our platforms do not turn into a replica of Western ones – with all their covert talk about freedom of speech, toxic and outright illegal elements. These trash streams, child pornography, violence… I'm not talking about extremism, terrorism and other things that are found on Western Internet platforms.

We need not just digital sovereignty, but " such an Internet space that will be freed from these generic features, these original sins of Western Internet platforms, – Alexey Pushkov concluded. – So that it doesn't happen that Tik-Tok is gone, and we will rapidly create a new Tik-Tok – just as stupid and just as stupid. We don't need this. We must think about the quality of the content that will be produced on the territory of the Russian Federation, about what, in fact, we want to say to our citizens. First of all – to the younger generation".