According to him, the military should assess what happened. 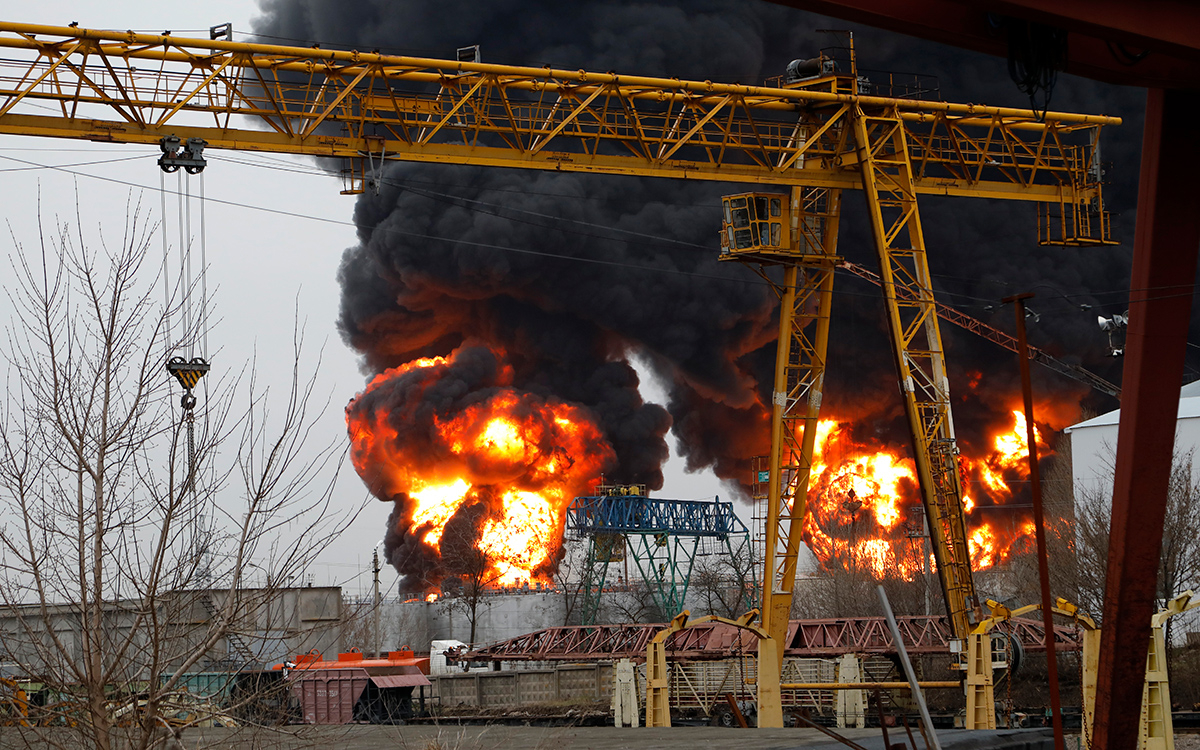 About the fire at the Belgorodnefteprodukt oil depot” in the southeast of Belgorod on the morning of April 1, said the head of the Belgorod region Vyacheslav Gladkov. As RBC specified in the press service of the Ministry of Emergency Situations, information about the fire was received at 5:51 Moscow time. A task force headed by Acting Head of the Ministry of Emergency Situations Alexander Chupriyan flew to Belgorod.

Gladkov said that the cause of the fire was an air strike from two helicopters of Ukrainian troops, which “entered the territory Russia at a low altitude. As a result of the fire, no one died, and two employees who were on the territory of the base were not injured.

Belgorod Mayor Anton Ivanov said that residents of the streets adjacent to the oil depot will be temporarily taken out of the area and placed at the Belgorod-Arena stadium. They will be able to return home after the fire is extinguished.

The material is being supplemented.