“They called you day and night”

The liberation of Lisichansk is not just another victory for the Russian army and the defenders of the LPR, this day will go down in history as the beginning of a peaceful and happy life for everyone residents of the Luhansk People's Republic. At least, this is how Luhansk residents perceived the news about Lisichansk. The MK correspondent visited the liberated city and found out what the townspeople themselves think about the changes that have taken place. 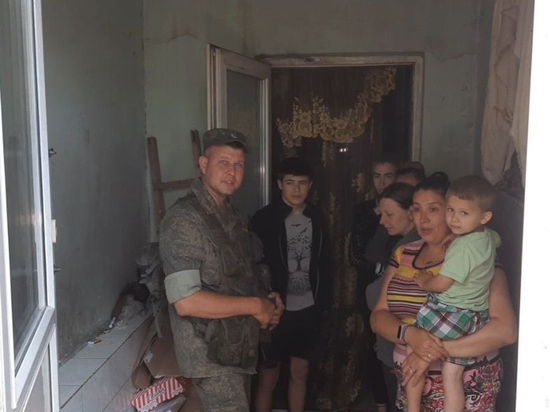 Now the road to Lisichansk from Lugansk is completely safe, and this is very noticeable by the number of oncoming cars. Three hours of shaking in the “loaf”, and now ahead is the same bridge blown up by the Ukrainian army, connecting Severodonetsk and Lysichansk. So far, one has to move from coast to coast along a pontoon crossing, which was built by Russian military engineers, but, of course, these are temporary inconveniences.

Smiling people along the roads affably wave their hands to our column. Through the roar of the engines, one can hear shouts: “Thank you.”

– I have never seen such an attitude as here in any city, – the LNR soldier who accompanies the journalists admits. – People kissed the fighters, shook hands with them, baptized them. Everything, from small to large…

Closer to the center, more and more often on the roadway there are overturned, shrapneled and bullet-beaten cars – cars, buses. From the escort, I learn that in this way the Armed Forces of Ukraine used civilian vehicles as barriers, as well as to reduce the shelling sector. Only on one street I counted more than fifty cars. All these “automatic barriers” did not help, the grouping of the Armed Forces of Ukraine held out in Lisichansk after the surrender of neighboring Severodonetsk for less than a week. 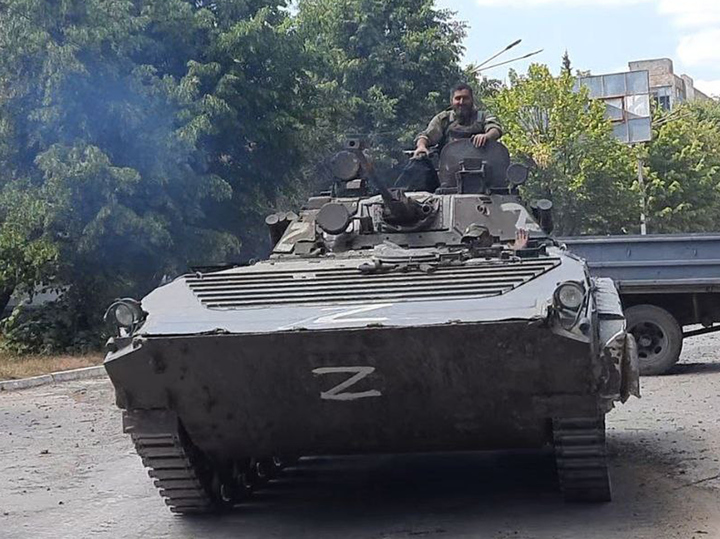 There are not many people in the very center of Lisichansk. The townspeople admit that they are still afraid to go far from their shelters. But those who nevertheless dared to walk, communicate with journalists willingly.

– Yes, – the serviceman reassures the woman.

– I know you will never leave. We called you day and night, we prayed for you. We understand how hard it was for you. Thank you for coming. Thank you for being. You have no idea what happened here. They gave us water with one hand, and with the other they held a pointing machine gun. But I'm not afraid of anything anymore…

When asked about foreign mercenaries, Natalia admits that she saw the Poles. She recognized them by their speech, although, according to the woman, foreigners were laconic and tried to ignore questions. Probably not wanting to draw too much attention to themselves.

After the conversation, we move on. Two local residents, with headscarves thrown over their heads, themselves ask for a St. George ribbon.

As it turns out, they just in the temple. More precisely, what was left of him. A week ago, Ukrainian soldiers burned it for no reason, and destroyed the second one. 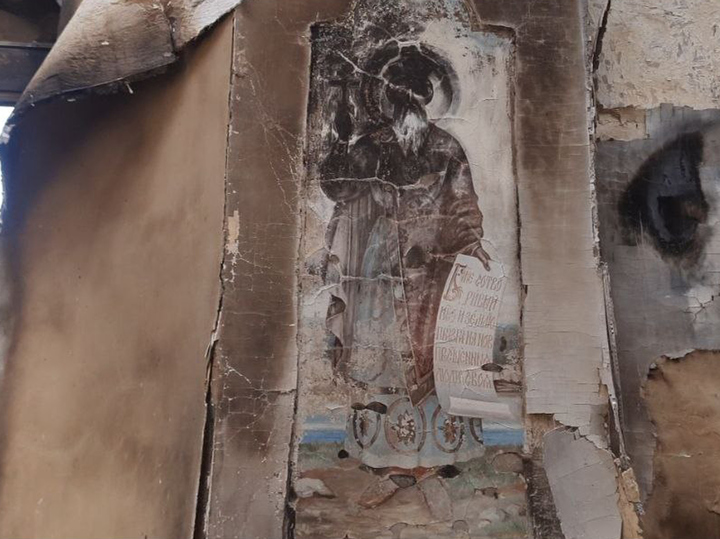 The territory of the temple is deserted, the silence is broken only by the crunch of broken glass underfoot and the creaking of burnt ceilings. Inside, on the cracked walls, black from soot and burning, the faces of saints appear. Despite the fact that their faces are barely distinguishable, I have a strange feeling that they are still looking reproachfully at the atrocities that were happening here.

At the entrance to the adjacent one-story building, there is a sign with a pointer to the basement “The service is here.” Despite the misfortunes that have fallen, the temple has not stopped its work, and people are very happy about this.

I go back to the street and just walk along the broken houses. Next to the flower bed, a “hailstone” stuck with its nose into the asphalt rises – a rocket projectile. His deadly appearance does not fit into the flower idyll at all, and from that it looks even more frightening. People are passing by on bicycles. Genuine annoyance and pain from the pictures of the wounded city are read in their eyes. 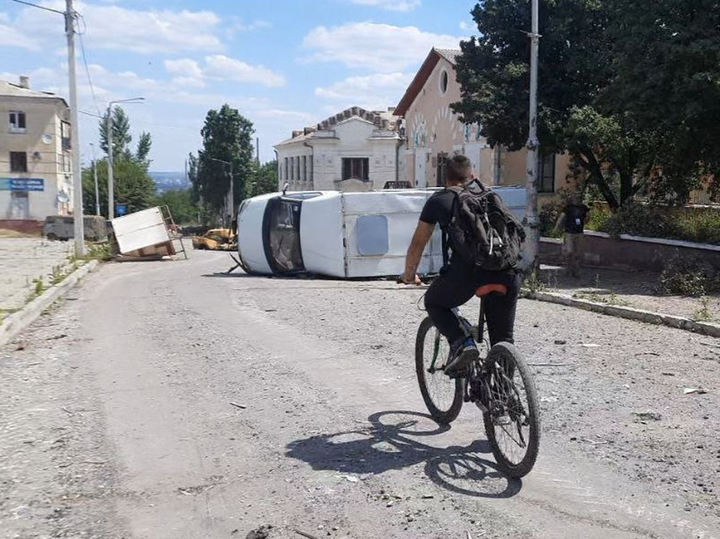 A woman in a colorful dress and a white baseball cap coming towards me slows down when she sees me. Strangers obviously still cause fear among the locals. I stop and introduce myself. The conversation starts by itself.

– Are you really from Russia? – the interlocutor clarifies.

And having received confirmation, she smiles.

Tells that four months for the townspeople were a real hell. Under shelling, they went for water, where they had to stand in huge queues for many hours. Humanitarian aid was rarely brought, and it was not always possible to get it.

– They bombed hard, – the woman admits. – But I didn’t even hide in the basement, I couldn’t. It was even scarier there. But you know, for some reason I believed that everything would be fine and you would come. And so it happened…

Residents of the liberated Lysichansk spoke about their emotions: video