Reports from the Ministry of Defense, Western statements, Kremlin actions

Russia continues its special operation in Ukraine. It's day 48. President of Ukraine Volodymyr Zelensky has canceled the spring draft to the Armed Forces of the country. The Ministry of Defense of the Russian Federation accused the Ukrainian side of evading the issue of ensuring the safe exit of foreign ships from Ukrainian ports. The ministry also warned that a group of French military and gendarmes had arrived on the territory of Ukraine. Their task is “to try to cover up Kyiv's crimes against the DPR and LPR, as well as fabricate accusations against the RF Armed Forces.” 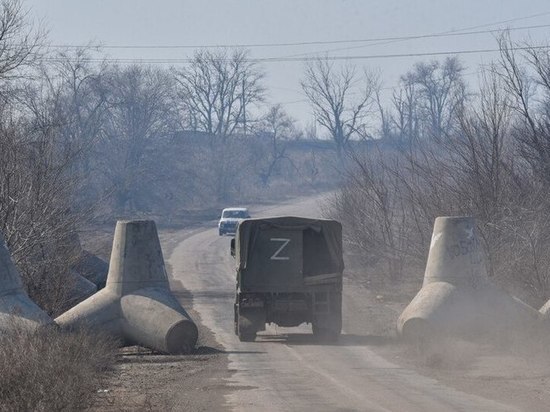 10:40 In the Lviv region, in the city of Stryi, a monument to a Soviet soldier was demolished. At the same time, shouts of “Yes” are heard in the video.

10:38 The Sberbank iOS mobile app is not available for download and update in the App Store. The reason is sanctions. At the same time, Sber reports that all previously installed applications are working, and there are no restrictions on their use. It is not recommended to delete installed applications.

10:30 A bill has been submitted to the Verkhovna Rada of Ukraine to ban Russian music performed by Russian citizens and residents. This applies to radio, cafes and public transport.

10:12 The next briefing of the Ministry of Defense of the Russian Federation took place. It is reported that on April 11, in Mariupol, at nighttime, the remnants of Ukrainian troops, surrounded on the territory of the Ilyicha plant, unsuccessfully tried to escape from the city.

About 100 military personnel in armored vehicles tried to break through with a fight from the territory of the plant and leave the city heading north. This attempt was thwarted by air and artillery strikes.

In addition, three Ukrainian tanks, five infantry fighting vehicles, seven vehicles and up to 50 personnel were destroyed. In addition, 42 Ukrainian servicemen voluntarily laid down their arms and surrendered.

9:58 Aleksey Kudrin shares the forecasts of the Ministry of Finance and the Ministry of Economic Development on Russia's GDP for 2022. According to him, the official decline forecast will be more than 10%.

9:40 Former MK war correspondent, now an employee of Channel One Irina Kuksenkova was injured when she got to Mariupol under fire from the nationalists.

9:28 The Ukrainian authorities intend to evacuate civilians along nine agreed humanitarian corridors. This was announced by Deputy Prime Minister, Minister for the Reintegration of Uncontrolled Territories Irina Vereshchuk.

9:26 Aleksey Kudrin, who was leaving for Israel, appeared at a meeting of the Budget Committee of the Federation Council with report on the work of the Accounts Chamber.

9:15 At airports in the south and central part of Russia, the flight restriction regime has been extended. Now it is valid until April 19.

9:08 The Finnish company Nokia is leaving the Russian market.

The Russian Ministry of Defense also notes that a “network of foreign specialists in information and psychological impact on the population” operates in Ukraine.

In the Belgorod region railroad tracks were damaged. The reason is unknown. In the same region, an increased level of terrorist threat was introduced from April 11 to April 25. Earlier, this was reported in the Kursk, Voronezh and Bryansk regions.

Meanwhile, Austrian Chancellor Karl Nehammer held talks with Vladimir Putin in Moscow. Later, he told Austrian journalists that during the negotiations, the Russian president told him that Western sanctions are tough for the Russian Federation, but the situation in the Donbass must be resolved, despite the tangibility of sanctions.

As Deputy Chairman of the Federation Council Konstantin said Kosachev, in the logic of the current confrontation, the lifting of anti-Russian sanctions is not worth waiting for. West “after the victory over Russia” will not want to lose dominance in the world.