Russia continues to conduct a special military operation on the territory of Ukraine. New reports are coming in from the DPR and LPR of US-made Himmars MLRS strikes. Finland and Sweden continue to prepare for NATO membership. Candidates for British Prime Ministers promise voters to continue to support Ukraine, as under the previous head of government.

Follow us for the events of Sunday, July 17th. Read the previous day's online here. 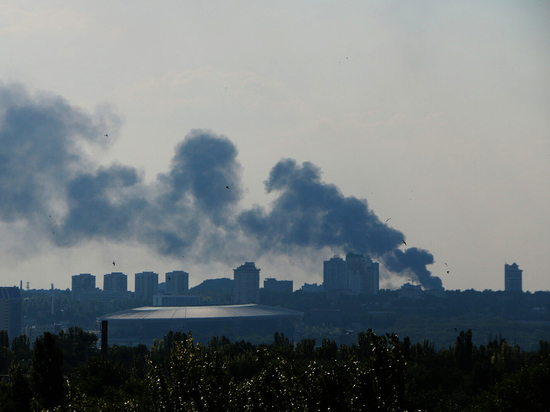 12:28 State Duma deputy from Crimea Sheremet also commented on the possibility of an attack on the Crimean bridge. She, according to the deputy, will turn out to be a crushing blow for the Kyiv regime, after which it will not be able to recover.

12:17 Senator from Crimea Kovitidi said that there is no threat to the Crimean bridge from Ukraine, since it is well protected by Russian air defense. According to her, Russia is sensibly assessing the technical capabilities of Ukraine's weapons, moreover, “we anticipate and evaluate the given parameters of even weapons systems that have not been delivered.”

11:57 A video from the crash site of the Ukrainian An-12 in Greece has appeared.

11:39 The ICR opened a criminal case against Ukrainian officer Konstantin Tsymbal, who, according to version of the department, ordered to shell Svetlichnoye in the LPR.

11:03 Military commandant's offices began to work in the Kharkiv region, and the administration of the region was transformed into a military-civilian one, the new authorities of the region reported.

10:56 Putin noted the effectiveness of the Russian mining and metallurgical complex in the face of sanctions and opined that it has great development potential.

10:47 Senator Klishas, ​​who earlier said that “denazification and demilitarization should be carried out throughout Ukraine”, now expressed the opinion that “Ukraine has long lost the status of a sovereign state and will soon lose the status of a subject of international law.”

10:24 According to the Serbian Ministry of Defense, all eight people on board the Ukrainian An-12, carrying defense products from Serbia to Bangladesh and crashed in Greece, died. The Ukrainian airline “Meridian”, which owned the military transport An-12, confirmed the crash of the ship and the death of the crew. The cause of the crash is attributed to a technical malfunction, while the nature of the cargo is not disclosed.

10:03"Gazprom" announced that he was supplying gas through Ukraine in the volume confirmed by it: 41 million cubic meters on July 17 through the Sudzha GIS. Application for GIS "Sosnovka" rejected.

09:52 The Serbian Ministry of Defense stated that the Ukrainian An-12 that crashed in Greece was carrying 11.5 tons of Serbian defense products to Bangladesh.

09:49 Former British Prime Minister Tony Blair, during a lecture for the British-American Ditchley Foundation, said that very soon the world will cease to be monopolar and the era of Western domination will pass. True, according to Blair, it is not Russia, but China that will lead the world to bipolarity and even multipolarity.

09:29Expert "MK" appreciated the idea of ​​blinding American and not only spy satellites with a laser, which was written about by a number of Russian media: “There is one nuance that is often forgotten: as soon as such laser installations are made, methods of dealing with them will immediately appear. And they are pretty simple. So personally, I wouldn't spend money on it.”

09:19 A Ukrainian An-12 cargo plane crashed in Greece while flying from Serbia to Jordan. According to some reports, the plane was carrying ammunition.

09:12 An adviser to the head of the office of the President of Ukraine, Arestovich, said that the promise given by Kyiv to Western partners not to hit targets on the territory of the Russian Federation does not apply to the Crimean bridge. According to him, when Ukraine “appears the first technical possibility”, the bridge may become an object of defeat for the Armed Forces of Ukraine: “It is used to supply equipment, which means it needs to be broken.”

09:06 Federal Council member Klishas said that Ukraine's threats to strike the Crimean bridge or Crimea itself show that “denazification and demilitarization must be carried out throughout Ukraine, otherwise there will always be a threat to our territory, our citizens and infrastructure.”

09:00 UK Prime Minister candidate Penny Mordaunt, Deputy Minister for International Trade, said that if elected, she would continue the policy of supporting Ukraine and is ready to lead the West's efforts on this issue: ” ;I will do my best to lead the West's response <…> and make sure our Ukrainian friends eventually win their freedom."

09:00 Referendum on the entry of the Kherson region power into the Russian Federation will take place in any case, said the representative of the new authorities of the region Stremousov.