The US State Department said that two Americans, who were probably mercenaries who served on the side of the Armed Forces of Ukraine, died in the Donbass. Russia has signed its agreement with the UN and Turkey on the supply of grain. Earlier, a similar document was signed by Ukraine. Ukrainian border guards confiscated the passport of the head of the Dnipro defense headquarters, Korban, on the border between Poland and Ukraine, saying that his citizenship had been stopped. Read online of the previous day of the special operation here. 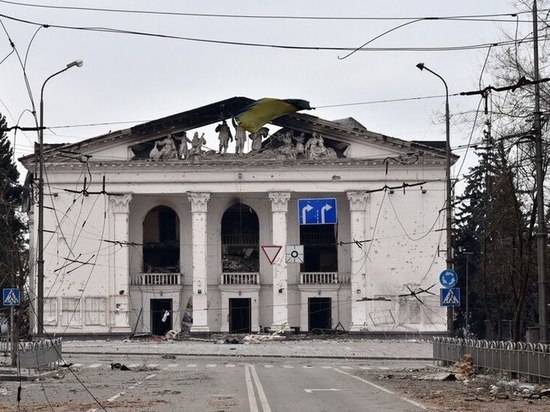 11:42 Donetsk News Agency reports that the death toll of law enforcement officers of the DPR over the past week was the lowest since the beginning of the special operation .

11:16 UAF shelled four districts of Donetsk in less than 10 minutes. They fired 10 rockets from the Grad MLRS, as well as 13 shells with a caliber of 155 and 122 mm. This was reported by the representative office of the Donetsk People's Republic in the Joint Center for Control and Coordination of the Ceasefire Regime (JCCC). 10 shells were fired at the Kirovsky district alone.

11:10 Vladimir Zelensky thanked Joe Biden for the new aid package. According to him, “critical powerful weapons” will be delivered to Kyiv.

10:36 RIA Novosti reports on the plans of the SBU to carry out a large-scale cleansing of “unreliable” citizens in Nikolaev. We are talking about those who oppose Kyiv and have ties with Russia.

10:12 German Foreign Minister Burbock acknowledged the difficulties with circular arms exchanges for Ukraine. According to her, if Kyiv had military superiority, the situation would have been different.

10:00 Kirill Stremousov, Deputy Head of the Kherson Regional State Administration, noted that the Armed Forces of Ukraine refused to shell the strategically important Antonovsky bridge over the Dnieper near Kherson, as it is reliably covered by air defense.

9:40 RIA Novosti reports that stocks of foreign cars in Russia will last for 3-6 months, they are coming to an end in logistics centers and at dealers. However, China is actively replacing former manufacturers. And the assembly of Korean cars in Kaliningrad continues.

9:26 The Armed Forces of Ukraine attacked the bridge across the Ingulets River in the Kherson region. They again used the American MLRS HIMARS. According to the deputy head of the military-civilian administration Kirill Stremousov, the building survived. You can move around on it.

9:08 AFU dealt another blow in the area of ​​the Kakhovskaya hydroelectric power station, as reported by the press service of the regional military administration.

9:06 Under Secretary General for Humanitarian Affairs Griffiths said that the size of the buffer zone near the corridor for transporting Ukrainian grain has not yet been determined. This is to be established by the Joint Focal Point.

The White House expects Congress to agree on additional funds for Ukraine after the already approved $40 billion has run out. At the same time, the United States does not intend to provide Ukraine with ATACMS missiles with a range of up to 300 km. However, the Pentagon said that the United States is going to begin deliveries of a batch of 580 Phoenix Ghost attack drones in August.

Vladimir Zelensky said in an interview with The Wall Street Journal that he considers a potential truce with Russia dangerous while maintaining Russian control over near regions. According to him, “freezing the conflict with the Russian Federation means a pause that will give the Russian Federation a breather.”

The head of the Central Bank, Nabiullina, said that the economic downturn in Russia will be more extended in time and possibly less deep, than previously expected. In addition, she spoke about the positive in the Russian economy. Thus, many Russian companies were able to avoid the rapid depletion of stocks. There is a noticeable tendency to replace foreign currency loans with ruble ones. The Central Bank still does not see the risks of sustainable deflation in the Russian Federation.