US Congressmen are ready to submit a bill to the House of Representatives recognizing Russia as a state sponsor of terrorism. The US Department of State requested a conversation between US Secretary of State Anthony Blinken and Russian Foreign Minister Sergei Lavrov. President of Ukraine Volodymyr Zelensky said that only Ukraine can claim the heritage of Kievan Rus. The Latvian operator Latvijas gaze has resumed the purchase of Russian gas through an intermediary, for the euro. Read online of the previous day of the special operation here. 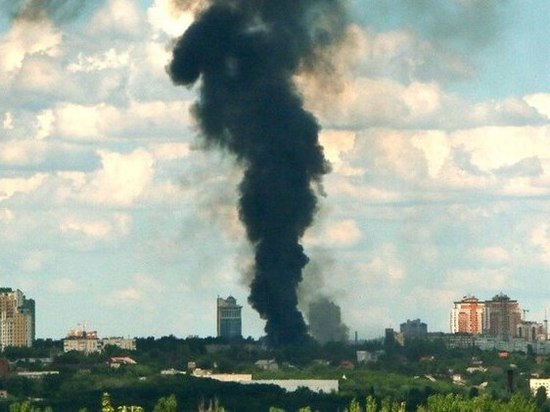 12:52 The Estonian Foreign Ministry said that a ban on the entry of Russians into the Schengen area on already issued visas of other countries is possible only by a common decision of the EU . Now Tallinn at the end of August will present a plan for pan-European restrictions. It also states that previously issued visas should be cancelled.

12:40 The RF Investigative Committee opened a criminal case under the article on prohibited methods of warfare after the Ukrainian attack on the pre-trial detention center in Yelenovka in the DPR.

12:30 The Court of Appeal in Kyiv commuted the sentence of the Russian military Shishimarin. He replaced a life sentence with 15 years in prison.

12:26 Moldovan President Sandu said that if Chisinau feels threatened by Russia, it will turn to Romania for help.

12:18 Inflation in the eurozone in July again updated the record. It amounted to 8.9%.

11:47 Sergey Lavrov said that Russia is coordinating the time of contact with US Secretary of State Blinken, and will soon offer a convenient date. According to him, “it will be interesting” listen to Blinken's suggestions on prisoner exchanges.

11:42 According to Pushilin, the death toll from the Ukrainian attack on the Elenovka detention center has risen to 47.

11:30 DPR head Pushilin said that the shelling of the Elenovka detention center was deliberate. According to him, it could have started because the militants began to testify.

11:00 The Russian Ministry of Defense commented on the night strike of the Armed Forces of Ukraine on the pre-trial detention center near Yelenovka in the Donbass. It is noted that the Ukrainian security forces hit with HIMARS missiles. These places contain Ukrainian military prisoners of war, including nationalists. As a result, 40 Ukrainian prisoners of war were killed and 75 wounded. Eight employees of the isolation ward were also wounded.

At the same time, the department notes that a large number of Ukrainian servicemen voluntarily lay down their arms, “knowing about the humane attitude towards prisoners of war on the Russian side.” The provocation was committed with the aim of intimidating Ukrainian servicemen and preventing their surrender.

10:56 Advisor to Ukrainian Interior Minister Gerashchenko said that HIMARS and heavy artillery are practically useless if Huaraina does not have the technology to “find and correct targets for artillery strikes.” Otherwise, the Armed Forces of Ukraine “just shoot blindly.”

10:50 Former SBU colonel who oversaw the subversive work of the Ukrainian special services in the Donbass, as well as recruitment, surrendered to the Russian security forces .

10:27 The head of the Bryansk region Alexander Bogomaz explained the “loud pops” that were heard along the border. It was “strike back” of the Russian military on the Armed Forces of Ukraine after today's shelling.

10:20 First Deputy Head of the Ministry of Information of the DPR Daniil Bezsonov said that the Armed Forces of Ukraine targeted the barracks in Yelenovka, where prisoners are kept Ukrainian security forces.

10:10 The dollar exchange rate at the opening of currency trading at the Moscow Exchange rose to 60.85 rubles. And the euro exchange rate is declining to 61.5 rubles.

10:05 A terrorist attack, which was being prepared by three supporters of the Right Sector, was prevented in the Lipetsk region; (recognized as extremist and banned in Russia). According to the FSB, members of the sabotage and reconnaissance group wanted to blow up an improvised device in the region's transport. As a result, a man, previously convicted of pedophilia, and two women were detained.

10:02 The administration of Energodar denies rumors about the upcoming change of the head of the city. Before that, messages appeared in the Telegram channels that Andriy Shevchik would again head the city’s CAA, who left the post due to injury.

9:57 As a result of the strike of the Ukrainian Armed Forces 40 people died in the Yelenovka prison. Another 130 were wounded, as reported by the Ministry of Information of the DPR.

9:36Philip Kirkorov was not allowed into Moldova. The border service of Moldova told journalists that “the conditions for permission to cross the state border were not met.” The purpose of Kirkorov's visit to Moldova is unknown.

9:25 AFU shelled Sachkovichi in the Bryansk region. The power line was damaged as a result. There are no casualties or damage, Governor Bogomaz said.

9:14 Speaker of the US House of Representatives Nancy Pelosi has traveled to Asia, according to the US White House. True, the decision to travel to Taiwan has not yet been made. So far, visits to Japan, South Korea, as well as Malaysia and Singapore have been definitely approved, according to NBC.

9:10 Hungary intends to conclude a deal in the summer of 2022 to purchase an additional 700 million cubic meters m of Russian gas. This was announced by Prime Minister Viktor Orban.

Republican Congresswoman Lauren Bobert believes that while Washington is sending $60 billion in aid to Kyiv, Ukrainian President Volodymyr Zelensky is taking part in a photo shoot for Vogue magazine. According to her, Kyiv considers the Americans a bunch of suckers.

Argentina, Brazil and Mexico refused to join the position of the American countries in condemning the crisis in Ukraine. In particular, the representative of Mexico noted that the Ukrainian conflict is not within the competence of the CMDA, so the country joins the opinion of Argentina and Brazil regarding the role of the UN.

Ukrainian Foreign Minister Dmitry Kuleba said that some Western partners persistently offer Kyiv start peace talks with Moscow under the pretext of easing the energy situation in anticipation of winter.