During a special military operation, loitering ammunition or Lancet kamikaze drones were used. At the same time, at the request of the military, the developer creates a heavier model that will be able to carry a more powerful charge. This was reported with reference to its sources RIA Novosti. An expert in the field of unmanned systems Denis Fedutinov spoke about the features of the Lancet family of drones. 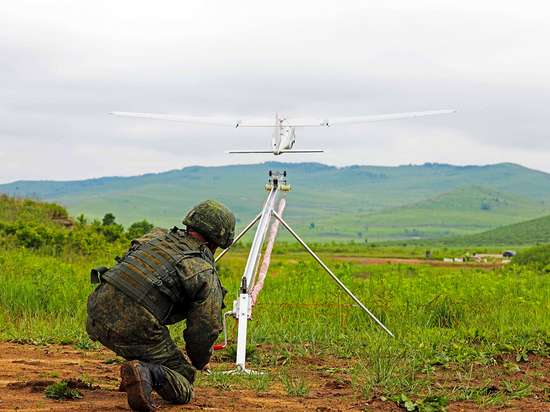 For the first time, the Lancet-3 loitering ammunition developed by Izhevsk designers was presented to the general public at the Army-2019 forum, according to an article published in the Army standard”. In 2021, it became known about the successful experience of their combat use in Syria. They were used by soldiers of the Russian Special Operations Forces in the fight against terrorists.

However, loitering ammunition appeared in Russia with a delay. Israel was the first to see the prospect of a new weapon. This was back in the late 1980s. Today, Israel, along with the United States, is a trendsetter in this type of weapon. Israeli kamikaze drones were successfully used by the Azerbaijani army in the 2020 Karabakh war. Then they inflicted more damage on the Armenian troops than the Turkish Bayraktars.

The Russian military favored guided missiles, long-range artillery, and multiple launch rocket systems. But now loitering munitions seem to be among the priorities of the weapons program.

According to Fedutinov, loitering munitions have a relatively low cost and can be used where it is difficult to use artillery or heavy armed drones.

Today, kamikaze drones, in addition to Israel, are available in the United States, Europe, China, Turkey and a number of other states. The United States, for example, supplied the Ukrainian army with more than 700 flying knife loitering ammunition. They are designed to destroy artillery positions, armored vehicles.

What is the Lancet-3 apparatus like? The device has an elongated fuselage and is equipped with a double set of cruciform plumage. Kind of like a rocket. The bearing planes (wings) are laid out manually before the flight.

The take-off weight of the Lancet-3 is up to 12 kg. The launch is carried out using a pneumocatapult. The device patrols over a given area at a speed of 80–110 km/h. Flight time – up to 40 minutes.

During this time, the operator controlling the drone must find the target and point the drone at it. “Lancet” is transferred to the dive mode and hits the target. It is equipped with ammunition with a high-explosive fragmentation warhead weighing 3 kg. The return of the drone is not provided. Therefore, they are sometimes called “one-time death”.

Now, as the media write, a heavier version of the Lancet will be able to carry more powerful ammunition capable of hitting a tank or fortification.

To the disadvantages of the first versions of the Lancets, the expert attributed the need for manual control of the drone until the moment the target was hit. This makes the device and even the operator vulnerable if the enemy has electronic warfare equipment.

It is possible that in the future, developers will provide greater autonomy for the drone, for example, by providing it with the ability to select targets and homing.

It was reported about the development of a device of smaller dimension – “Lancet-1”. Its mass is 5 kg, and the mass of ammunition is 1 kg. Such a device can be used to defeat enemy manpower, including in a trench.