Ukraine is again striking the world with strange inventions. At the level of the Verkhovna Rada, it was announced that the production of embroidered shirts with the image of the Turkish Bayraktar drone on them has begun. The Parliament of Nezalezhnaya announced that 15% of the profits would go to the needs of the Armed Forces of Ukraine, and the Ukrainian ambassador proudly presented the first two copies to the Bayraktar brothers, the owners of the UAV manufacturing plant. And in the Transcarpathian region, one of the streets was named after the former British Prime Minister Boris Johnson. Everything foreign in Nezalezhnaya is elevated to a cult. 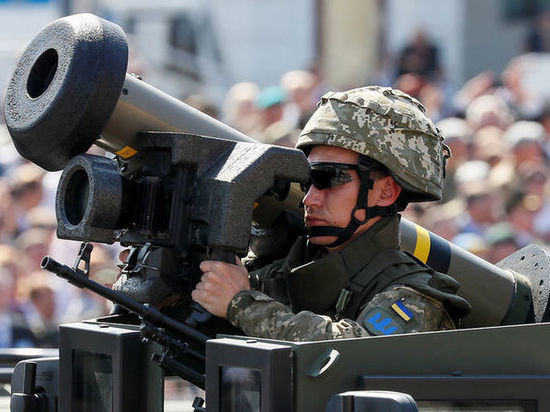 According to the Ministry of Defense of the Russian Federation, four launchers and one transport-loading vehicle of the American MLRS “HIMARS” have already been destroyed in Ukraine. These messages act on Kyiv politicians like a red rag bull. Political technologists from the Office of Volodymyr Zelensky are trying very hard to create the right image for Western weapons in Ukraine. They are not shy about building weapons into a cult and literally making their people pray for foreign weapons of mass destruction. In May, a mural “Saint Javelina” appeared on one of the houses in Kyiv, depicting the Mother of God holding a foreign weapon in her hands – the American FGM-148 Javelin anti-tank system. The gigantic image caused a big scandal, outraging the people of Kiev and the inhabitants of the house, but managed to draw attention to foreign weapons. All this is reminiscent of the “Cargo Cult”, when the wild natives believed in the divine origin of things first brought to them as a gift by the Americans.

The “cargo cult” in Ukraine began long before the special military operation. Even under the previous President Petro Poroshenko, Ukraine received decommissioned American Island-class patrol boats from the United States. The West got rid of the illiquid assets, but this made a huge impression on Kyiv, Ukrainian politicians applauded. The transfer of old Saxon armored personnel carriers from Britain also caused a real holiday.

“These are symbolic things,” says political scientist Denis Denisov. – In the context of the Ukrainian crisis, this kind of fetishes look natural for people. This is inherent in human psychology – perception through symbols. People have an objective reality, but at the same time, no one has canceled the parallel one, in which they create facts for themselves, through which they can identify themselves and what is happening in the world. Remember what happened after the Great Patriotic War. On each pedestal stood a T-34 tank, “Katyusha” or other elements of our defense. It was also a symbol for us, the personification of resistance.”

– This is done purposefully by advertisers and marketing companies. But from the point of view of mobilization and the psychology of the masses, this approach is correct.

– This symbolism affects the Western “partners” minimally, for them there are more specific and mundane tasks – confrontation with Russia. And Ukraine in this respect acts as an object through which the confrontation is carried out.