“Precise strikes are the only effective method”

Daily shelling of settlements in the Donetsk People's Republic by Ukrainian armed forces has already caused the deaths of dozens of civilians. The Armed Forces of Ukraine strikes at the unarmed population with shells of great destructive power. According to representatives of the DPR army, recently shelling has been carried out mainly from French-made Caesar howitzer systems. Military expert Yevgeny Linin, in an interview with MK, spoke about the features of this weapon. 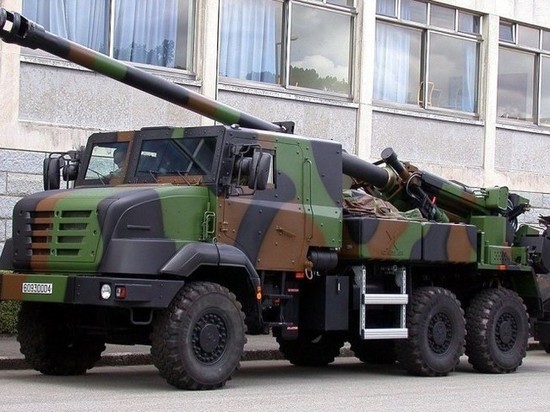 – French Caesar howitzers and American М777 have entered service with the Armed Forces of Ukraine. We will not talk about the latter, because objectively this is not as effective a weapon as they are trying to present to us.

So, what is the Caesar howitzer? This is a powerful weapon with a 155 mm round and a 52 caliber barrel. It is longer than any howitzer currently used by NATO. In fact, this makes it possible to strike at a distance of 5 to 32 kilometers.

– The task of Ukraine is to inflict as much damage as possible on the infrastructure of cities, these howitzers perfectly cope with this task. They are powerful enough to destroy water utilities, oil depots, equipment concentration centers.

– Caesar is a very mobile system, it is made on a highly passable Renault truck chassis. They drive fast, far, hide well. The crews that operate this howitzer system do not require much training. They take a course of a young fighter for 1-2 weeks, and go to the fields. Their whole task is to deliver the gun to the place of impact, put the cartridge case in one tray, the projectile itself in the other (it is loaded automatically) and enter the target coordinates into the computer. As a rule, 6 shells are fired, after which the howitzer is removed and leaves. Shooting time is only about a minute. It is very difficult to conduct a counter-battery fight.

– Only by the constant presence of unmanned aerial vehicles in the air. The use of kamikaze drones, for example. There are no other options. Because the range at which howitzers hit the cities of the DPR is more than 30 kilometers. It is impossible to reach them with artillery systems that are in service even with the Russian army, since we do not have Coalition howitzers on the front line here. And the Msta self-propelled guns have an effective firing range of only 19 kilometers. Hitting the “Grad” at a distance of 30 kilometers is also not advisable, since the limit of its range is 40 km, and at 30 there is already a large scattering of shells. And given that the Armed Forces of Ukraine resort to the tactics of deploying military equipment in residential areas, Grad strikes are detrimental to the civilian population of these settlements. Therefore, the only effective method is precision drone strikes. The Russian army has such ones – this is the “Cube”, and they have already proven their effectiveness more than once.