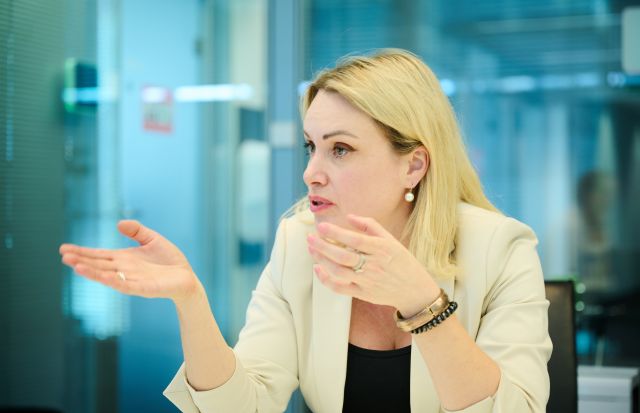 The attitude of Western political technologists towards the played back human material is extremely cynical — if there is no point in using it later, yesterday's hero is left to himself. 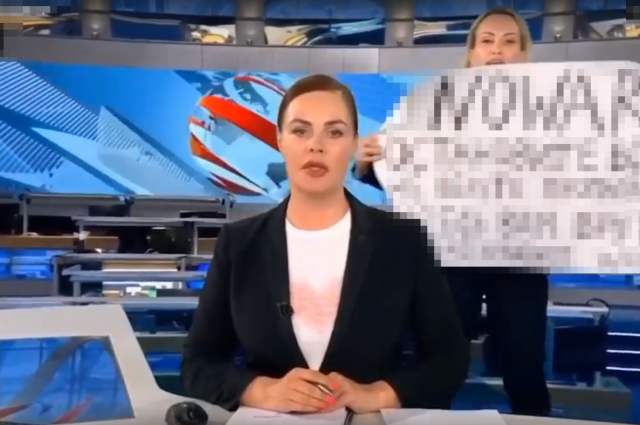 This is what is happening now with the former editor of Channel One Marina Ovsyannikova, which in March 2022 was the heroine of the Western media.

Recall that on March 14, a native of Odessa broke into the studio of the Vremya program. on Channel One during a live broadcast with a poster.

A few seconds later, Ovsyannikova was taken out of the studio. Subsequently, the court fined her 30 thousand rubles. On this, in fact, the punishment that fell on her from the authorities was limited, although many demanded a harsher punishment.

It seems that the representatives of the Western countries were slightly disappointed. From Ovsyannikova it was not possible to make either a martyr or a new opinion leader. The news that the lady was hired by the German publication Die Welt did not add to her popularity in Russia. Instead of a passionary who sacrificed everything for the sake of truth, a portrait of a very cynical and prudent person appeared, who initially did not plan to “die for an idea.”

“Time has flown by”

And here is the surprise — as it became known, Marina Ovsyannikova was asked from Die Welt. She herself admitted this, saying: “It was a unique experience in free journalism. Thanks to the team for supporting me during such a difficult time. Time flew by unnoticed. Our three-month contract has ended. I keep moving on.

They took Ovsyannikova to write articles and create television materials on Russian-Ukrainian topics. And then it turned out that the former editor of Channel One simply couldn’t cope. Her own story quickly ceased to arouse interest among the Russian public, including the opposition, where competition is extremely high. But, much to the surprise of the Germans, the Ukrainians also took hostility to Ovsyannikova.

No sooner had she started working at Die Welt than radicals from the Ukrainian diaspora in Berlin went to a rally demanding her dismissal. Their logic is simple — one who worked on Russian TV cannot be good by definition. No explanations, acts of repentance and going to the pro-Ukrainian rally did not help — Ukrainians living in Germany continued to be hostile towards it.

“Soap bubble inflated by the FSB of Russia”: as a “heroine” hosted in Ukraine

But it turned out even funnier with the visit of Mrs. Ovsyannikova to Nezalezhnaya, where, according to the organizers, she was supposed to expose the horrors of Russian propaganda.

However, by the time she arrived in Kyiv, the lady had been entered into the database of the notorious Peacemaker website. “What's wrong with your head? Why did you invite this effigy to Kyiv? — Ukrainian activists wrote on social networks.

“What is she doing in Ukraine? That's a good question. Because, obviously, it is already worth revising the rules by which Russians are allowed into Ukraine. The question must be answered: what is this journalist doing in the German media and why was she allowed into Ukraine?, — the Minister of Culture of Ukraine Oleksandr Tkachenko was indignant.

As a result, Ovsyannikova’s press conference in Kyiv was preferred to be cancelled.

In an attempt to change the attitude of Ukrainians towards herself, Ovsyannikova argued that she was not Russian, but Ukrainian, and said that she planned to return her maiden name Tkachuk. What did not please the husband, whose last name was the woman, as well as her own children, is not very clear. But the retired editor of the First Channel of Public Love and Understanding really wanted to.

However, it didn't work out. Even a visit to his homeland in Odessa was not very successful. The official representative of the Odessa Regional Military Administration, Sergei Bratchuk, described Ovsyannikova as a “Moscow abomination.” In general, the heroine with the poster had to head back to Germany, because in Ukraine there was a very definite consensus regarding her. & nbsp;

With such a train of suspicions, and even with not too great professional talents, Marina Ovsyannikova turned into a real “suitcase without a handle” for Western curators. Therefore, Die Welt said goodbye to her with obvious relief, getting rid of the extra load.

Perhaps, Ovsyannikova will be attached to one of the Russian-language opposition media based in Europe. True, the competition there is also rather big and an extra person will obviously not cause enthusiasm among colleagues.

You can, of course, return to Russia and repent — in our country morals are much more tolerant and merciful than in the “civilized world.” Moreover, after the incident, Ovsyannikova had problems in her personal life, since not all relatives supported her “performance”. However, these worries relate exclusively to her.

In fact, the main threat to Ovsyannikova comes not from Russia, but from those who welcomed her in the West with open arms. If no other dividends can be obtained from the lady, there may be a temptation to turn her into another “sacred victim”. Only the insignificance of her figure can save Ovsyannikova from such a gloomy fate.