Washington is considering a “high-level delegation” visit to Ukraine

The White House is considering sending a “high-level delegation” to Ukraine in support of Zelensky, following British Prime Minister Boris Johnson. It is possible that Joe Biden or Vice President Kamala Harris will go to Kyiv, although it is more likely that State Department Secretary Anthony Blinken or Secretary of Defense Lloyd Austin will go. 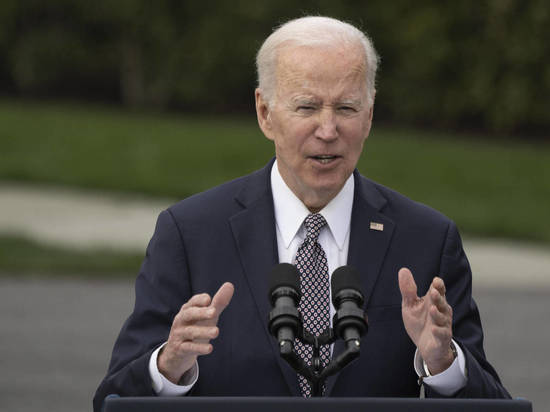 According to the Daily Mail, Joe Biden may travel to Kyiv to hold face-to-face talks with President Volodymyr Zelensky as the White House is considering sending a high-level delegation to highlight the United States' support for Ukraine.

Biden last visited Ukraine capital as Vice President in January 2017 — three days before leaving office. Then it was his sixth official visit to Ukraine.

While both Biden and his Vice President Kamala Harris have recently traveled to neighboring Poland, neither has been to Ukraine since Russia's military sting operation.

Last week, Zelensky was visited by European leaders such as British Prime Minister Boris Johnson, Austrian Chancellor Karl Nehammer and European Commission President Ursula von der Leyen. On Wednesday, the presidents of Poland, Lithuania, Latvia and Estonia met with Zelensky in Kyiv. Against this backdrop, POLITICO reported that the White House is considering a similar show of support for Kiev.

Two U.S. officials said that while Biden and Harris were considered, it was far more likely that Secretary of State Anthony Blinken or Pentagon Chief Lloyd Austin. A decision on a possible visit has not yet been made, according to POLITICO, citing sources, as discussions are ongoing in the White House.

The visit (if given the go-ahead) will take place after Biden authorized additional military assistance in $800 million, bringing total U.S. aid to Ukraine to over $3 billion since the Democratic administration took office.

If the U.S. administration decides to send a senior politician to Kyiv, it is presumed that the announcements will not will be for security reasons. The timing of any potential trip is unknown, and officials have warned that it may not take place at all due to the volatile nature of the conflict.