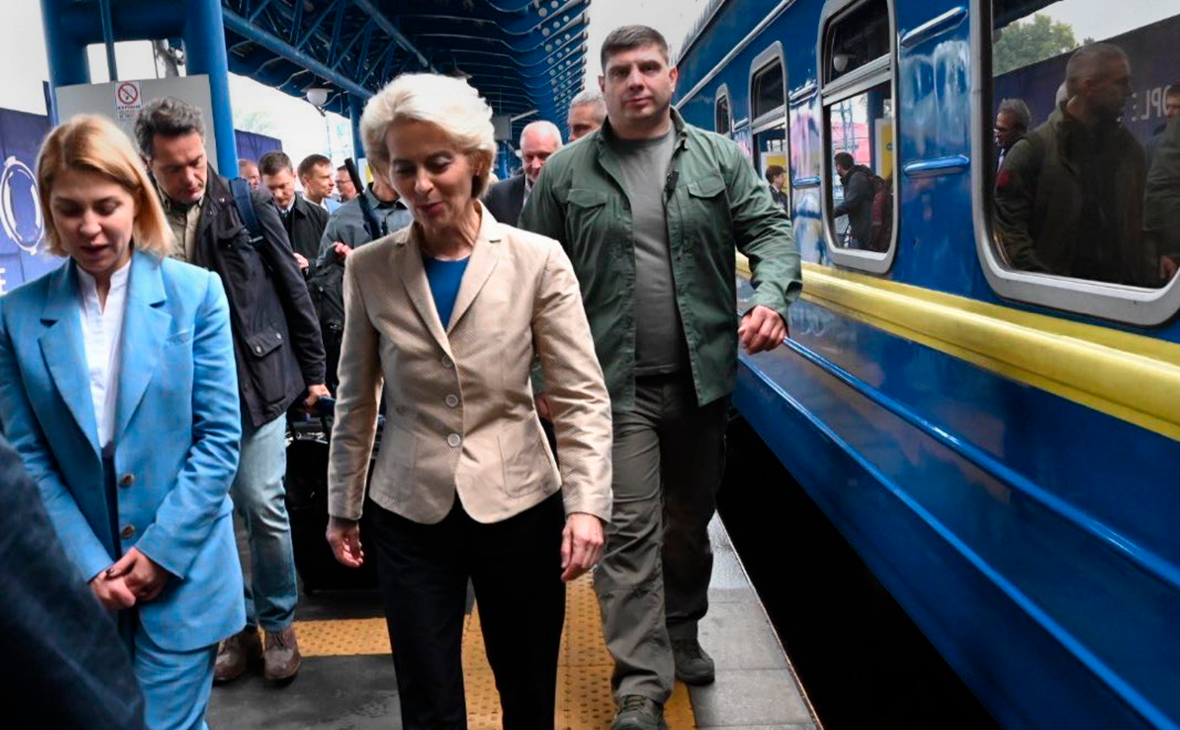 The head of the European Commission, Ursula von der Leyen, announced her arrival in Kyiv for a meeting with President of Ukraine Volodymyr Zelensky and Prime Minister Denys Shmygal.

“I am in Kyiv on my third visit since the start of Russian hostilities”,&mdash ; she wrote on Twitter.

According to her, at a meeting with Zelensky and Shmyhal, they will discuss economic rapprochement and the admission of Ukraine to the EU.

Previously, von der Leyen came to Kyiv in April and June. During her first visit to Ukraine after the start of the Russian special operation, she gave Zelensky a questionnaire, which is mandatory for granting the country the status of a candidate for EU membership.

Then she noted that it was &laquo “an important step towards EU membership”, which will be the “basis for discussion” in the coming months.

On June 11, von der Leyen returned to Kyiv for a meeting with the President of Ukraine, during which they discussed the restoration of the country and its progress towards membership in the European Union.

Read on RBC Pro Pro You can trade remotely on Chinese marketplaces. What you need to know Pro instructions Which European country's visa is easiest to get in 2022 Pro instructions How to find a $ 27 billion idea: advice from the creator of the Roblox gaming platform Articles Pro The export market in Russia has changed: how to sell goods abroad Pro instructions how to fire employees remotely Instructions Pro The Harvard method of negotiation: how to get things done without ruining relationships Pro Summary What skills are important for Russian employers, but useless in Europe Articles Pro Tough times: why companies are tired of soft skills Articles

stated that Ukraine had made enough efforts to provide itself with an “expressive European perspective”. According to her, a few months ago it seemed “unimaginable”, but now Ukraine has become a candidate for EU membership.

Von der Leyen called this decision historic and said that Ukraine was advancing to him since the events on the Maidan in 2014.

The day before, the head of the European Commission said that the EU's solidarity with Ukraine would be “unshakable”. She pointed out that the EU has been on the Ukrainian side from day one, helping with weapons, providing financial assistance and imposing “the most powerful sanctions the world has ever known” against Russia.